Difference between revisions of "User:Mahrens" 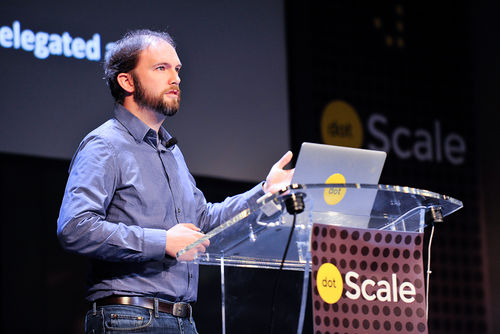 Matt Ahrens co-founded the ZFS project at Sun Microsystems in 2001, designed and implemented major components of ZFS including snapshots and remote replication, and helped lead Sun's ZFS team for 9 years. Matt is now a software engineer at Delphix, where he leads a team working on ZFS for Delphix's database virtualization appliance.  He continues to develop ZFS code, as well as coordinating open-source ZFS development across companies and platforms.

Matt founded the OpenZFS community, a collaboration among FreeBSD, Linux, Mac OS X, and illumos ZFS developers. He has presented at Sun Tech Days, the Open Storage Summit, BSDCan, LinuxCon, EuroBSDcon, AsiaBSDcon, and dotScale. He created the annual OpenZFS_Developer_Summit conference in 2013, and organizes it and delivers a keynote every year.

Matt advises several companies that use ZFS in their products, providing training and helping them design new features and performance enhancements for their specific use cases.

In his spare time, Matt enjoys woodworking, traveling, and working on dtrace.

Matt has a degree in Computer Science from Brown University.