Difference between revisions of "Delphix Brainstorming"

Leading up to Delphix's semi-annual Engineering Kick Off (EKO), there was a ZFS brainstorming meeting held at Delphix HQ. Below are ideas that came from that meeting, ranging from ideas that can be pursued immediately to more long-term and strategic thoughts. 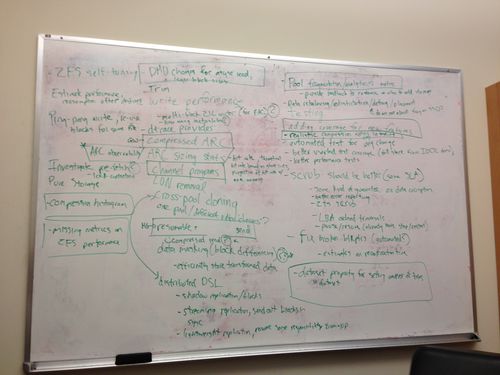